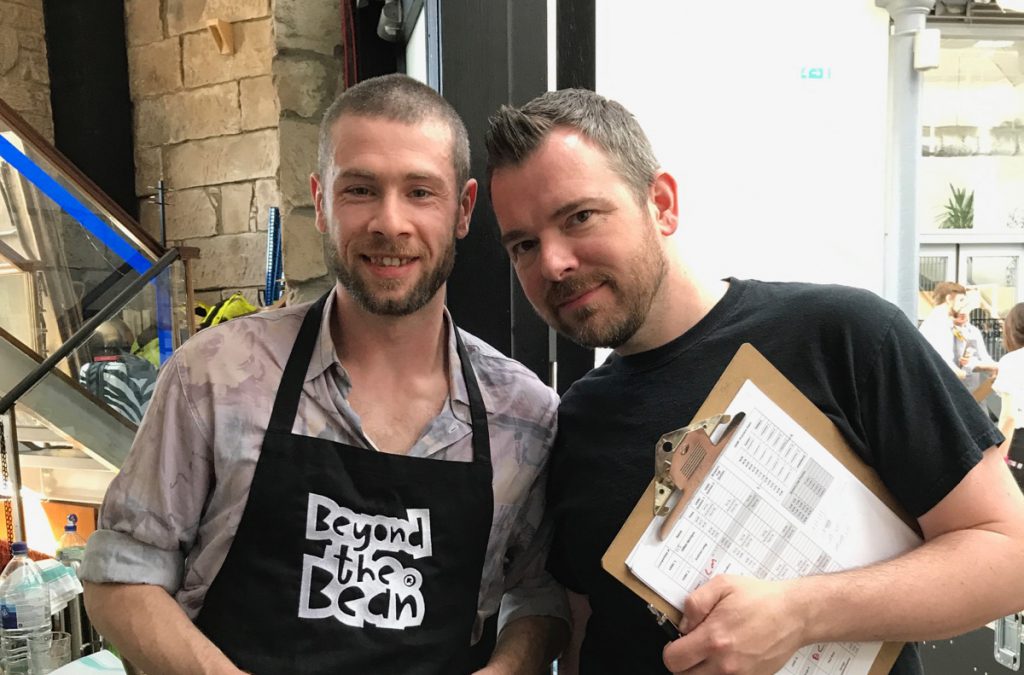 Beyond the Bean are long-time supporters of the UK Barista Championship. Over the years we have been on the UK Chapter committee, have held WCE positions, judged the competitions and also know how to host a great heat. Basically; we know the competition. We also know the costs competing in the championship can bring, which can mean talented baristas are in danger of being excluded.

This is why 2 years ago we created the BTB Barista Bursary. Our mission was to find the best of the budding barista talent out there who would benefit most from our support. And we are delighted that both this year’s BTB Bursary winner Darryl Docherty and last year’s winner Diana Johston have both made it all the way through to the UKBC semi-finals.

Darryl Docherty explains what wining the BTB Bursary has meant to him “The financial cost of competing can be absurd, and is one of the most common reasons why baristas don’t compete.  Having this bursary, coupled with the on-going support of the BTB team has given me peace of mind and has allowed me to focus entirely on my performance.”

We kicked off the 2017 UKBC journey all the way back in February where we hosted the round one of the heats in Bristol. Since then more than 50 of the UK’s finest baristas have competed and been whittled down to just 16.

For this year’s finals the Speciality Coffee Association UK Chapter have introduced a mini festival to host 2 days of competitions that will conclude with the crowning of the next UK Barista Champion. Espressofest will see the final 16 compete in the semi-finals on the first day and be narrowed down to the six highest scoring baristas who will battle it out in the final for the title. The winner will then go on to represent the UK in the World Barista Championships taking place in Korea.

As silver sponsors Team Bean will be there to serve lots of delicious drinks as well as support Darryl with his entry. You can also expect panel discussions and content provided by the world renowned ‘Tamper Tantrum’, not to mention heaps of coffee.

Espressofest will take place on Saturday 19th and Sunday 20th August at the Passenger Shed in Bristol Temple Meads. Tickets are available from www.espressofest.com and cost £6 each, which covers entry for both days of the festival. All proceeds from the sale of the tickets will be donated to a charity chosen by the 2017 UKBC Winner.